The Art of French Kissing: Everything You Need to Know

Ah, take me back to those days of being a schoolgirl and falling in puppy love - and getting that first french kiss. It was a ‘big thing’ in my days to tongue down a boy, so when it happened we made sure it was perfect, or we messed it all up trying to.

Some say that french kissing and using your tongue to make love with their tongue solely means you’re ready and about to have sex - while that may be true a lot of the times, sometimes it’s just a part of making out.

Whether you’ve had your first french kiss or not, the art of french kissing is still a learning curve for most and a special treat for us that we should know absolutely everything about. Let us tell you all about the amazing when, where, and how to’s (and don’ts) of french kissing.

The Origin of the French Kiss

The term ‘french kiss’ actually began long before the name was invented, as the art of tongue kissing has been traced all the way back to 1500 B.C. India in the works of Sanskrit.

While we aren’t certain what the Indians called it then, the actual term french kiss came from the American and British servicemen in France during World War I. These servicemen got down with the French women and noticed they were much more naughty than the American girls.

This naughtiness must have included tongue kissing because this is when the term ‘french kiss’ was officially born. Instead of an American kiss, it was the type of kiss only a French woman would give to the men of war.

The Passion of the French Kiss

For the college kids

French kissing your partner that you’ve fallen in love with is certainly totally different than swapping spit with your one night stand, but no matter who you do it with, the initial feeling it causes will remain the same.

Ready to relieve stress and release endorphins? Just play tongue war with your mate and you’ll be fine! French kissing is known to stimulate endorphin release and reduce acute stress, so the next time you’ve had a long, hard day at work just let her know all you want to do is make out.

She’ll probably love you for it so much that she’ll end up having sex with you because of how passionate you’re being.

We all like to think that we’re masters at the art of french kissing but there are actually therapist approved french kissing methods to ensure that you’re the best pucker face out there! It’s more than just sticking your tongue in their mouth and them sticking theirs in yours - it’s much deeper than that.

While you don’t have to make sure you’ve eaten five mints before the act occurs, you’ll at least want to make sure your breath doesn’t stink and you didn’t just eat garlic bread and onion rings right before it happens.

Don’t go overboard but sinking is just as bad, keep your mouth fresh before any kiss session if you want to be one of the best.

Guy or girl, you can make the first move, it’s sexy to the one receiving the kiss and just seeing you passionately take over his or her body is sure to put them immediately in the mood. There’s something super sexy about being controlled during sex, in a way that isn’t harmful of course.

When you do make the move, be passionate about it and come on strong but slow, and gentle all at the same time.

Of course, your hands could do other things if they don’t mind and if you’re ready for things to probably end up going further than just a make-out session.

Depending on which way he or she goes, make sure you both tilt your head, as you normally should during any kiss. Tilting your heads allows you the best position to lock lips in the most sensual way.

This is the only time it is ok to use your teeth when you gently nibble on the lip of your lover. A tiny nibble or sucking on their lips and they are sure to melt right there before you.

A sexy trick that always worked wonders in my book was to play around a little bit with their tongue and lips, nothing too hard or rough (unless that’s how they like it) but just something soft and sensual is one of the biggest turn-ons for both men and women.

We know it feels amazing and it’s hard to pull away, but take time to breathe during the process. It’s essential. Not only do you need that air so you don’t pass out from lack of oxygen but you’ll also need that air to get better kisses in with your sweetheart.

Taking time to stop and breathe for short periods of time is actually great for you and your partner, you can spend this time staring deeply into their eyes and saying everything they want to hear just by looking at them.

When you use your tongue and you’re caressing theirs in a moment of passion, make sure to move your tongue around theirs and don’t just stay in one area of their mouth.

It’s always super sexy to pull away slowly when the kiss is over, looking them in the eyes as if you want them to take you right then and there.

Sexy tricks to try during a french kissing session

Nothing turns your partner on more than a little bit of noise during foreplay and during sex. Who wants someone that is super quiet as if they don’t enjoy it? Not me and not many others.

Even saying something as simple as “mmm” can make your lover feel like they’re doing something right and give them the go they need to perform at their very best.

This only works in a playful and/or a sexual manner, you can’t be stupid about this tongue war. If you play it right you might come way before you ever wanted to, so be careful.

Playing tongue war while making out shows your partner just how much you (and your tongue) wants them - and quite possibly what your tongue would be doing to their body if the chance arises.

Depending on the relationship the two of you have, some light and gentle biting of the lip and sucking of the tongue never hurt anyone. Unless they just had a super long hard-on that wouldn’t go away, some rough but gentle play is great for all parties during a make-out session.

Take turns being the submissive one too, this gives both the man and the woman (or both partners) equal power, which is something I think we all agree is way hot in the bedroom.

Hopefully, now you’ll embrace your french kiss desires and find that special someone to practice with and start stimulating those endorphins with one another.

Find someone who values your kiss just as much as you value theirs though, you can never go wrong with that no matter how much practice you do or don't need! 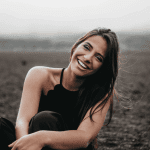 How to Know When a Girl Likes You

What is Hypno Phone Sex 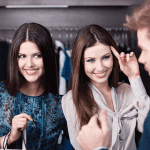 What Do Women Find Attractive in Men

How to Sound Sexy on The Phone