How Do I Forgive My Boyfriend For Cheating

Cheating is one of the worst things that a guy can do to his girlfriend, but there are relationships that can survive such betrayals.  If the guy is genuinely apologetic then it’s possible that the relationship may still be saved, if it was already a vicious toxic relationship that you knew it will lead nowhere then, for you makes no sense to keep snowballing the relationship.

It will never be the same, of course, but it will survive and, given time, perhaps it can even become stronger. So if you recently found out that your boyfriend was cheating on you, then here’s what you can do to forgive him.

Before anything else, allow yourself to let off a little steam. You’re entitled to unleash your anger, and don’t be afraid to yell and scream at him if you want to. Remember, he’s the one at fault here, and repressing your feelings will only make things worse for you later.

After you’ve vented your anger, don’t be afraid to cry. Cry as much as you want, and remember that it’s a healthy thing to do. Just remember that these emotions will pass, and once your mind and feelings have settled down, you can focus on thinking about what to do next.

Be Patient and Relax

Now, here’s the hard part. You need to be patient. You will need to take some time to relax and put your emotions in check. You may think that you’re ready to move on or confront your guy, but it’s best that you let time heal some of your wounds.

After your emotions have settled down a bit, the next step is to just relax and take things slow. Yes, it’s tempting to call your guy but after your recent revelation, it’s better to just gather your thoughts and let things settle down.

Emotions will only cloud your judgment, and it’s also important that you let your own feelings simmer down before you confront your boyfriend on his infidelity.

Give it a week or two and then think about what your next step should be.

Was his infidelity a one-time thing? Is he lying to you? Can you forgive him? Is he willing to say he’s sorry? Can you ever trust him again?

If you’re having trouble figuring these things out, call your friends and ask them for advice.

While you’re figuring out what to do next. Take the time to talk to people. Go out with your friends, go on social media or do something that will help keep your mind off of what happened. You can even try joining some chat lines.

There are chat line communities that specialize in helping people who were betrayed by their partners and boyfriends. So give them a try if you want to meet new people while you’re healing.

Try to Understand Why He Cheated On You

After you have calmed your emotions down a bit, your next step is to understand why your boyfriend cheated on you. Men cheat on women for all kinds of reasons, and although cheating is always inexcusable, some reasons are better than others.

Maybe your guy was just frustrated with your relationship, or maybe he’s going through a tough time. Maybe he no longer loves you, or maybe it’s simply because he couldn’t control himself.

People cheat for good reasons and bad ones, but whatever his reasons may be, you need to understand why your boyfriend did what he did.

If you are to forgive him then you should know why he betrayed you. You can call him about it, or you can message him privately on social media. Don’t engage with him yet though.

Just ask him why he cheated on you, and then tell him that you still need some time to think before you’re ready to forgive him.

Think About What You’re Going to Say to Him

Once you have figured out what you want, and you are ready to forgive him then it’s time to put your thoughts into words.

You will need to think about what you’re going to tell your boyfriend, and you will also need to anticipate his response. This conversation is going to be awkward and difficult, so be prepared for anything.

He may ask you to forgive him but he may also try to break up the relationship; he may talk to you in an apologetic tone or he may insult you.

Most people would rather not think about a bad scenario but they do happen, and you have to be prepared before you do anything.

Now that you’ve taken care of all the other issues, it’s time for that long overdue ‘talk.’ You need to confront your boyfriend about his infidelity, and you will need to be firm about it.

Yes, it will feel a bit awkward but you can do it. Just stick to your plan, and remember that if he still cares about you then there’s still hope for your relationship.

Remember That He is Only Human

The fact that he cheated on you is a sign that he is a flawed and fallible person. If his action was not based on malice, and he is willing to continue your relationship (and if you’re willing to continue also) then treat the whole thing as a one-time mistake rather than as a planned, malicious attempt at hurting you.

This won’t make you feel better, but it can help you forgive him and that’s what ultimately matters.

Learn to Love Someone Who Has Hurt You

A lot of women have been cheated on by their husbands and boyfriends, but many of them have found the strength to forgive their partners. Now that you’ve officially forgiven your guy, you will need to learn to love him again, and it’s not as hard as it seems.

Forgiveness is the key here, as well as your willingness to move on. Your relationship will never be what it once was, but you can start a new and more enduring bond, leading into a more stronger successful relationship and that should count for something.  It won’t be easy, but it’s worth giving a try.

If you see yourself that it's time to give it a break, maybe that's the way you should go with it. Ask for time to your partner, and break the relationship smoothly with no side damages for you or your partner. 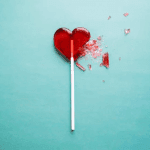 Best 20 Ways to End Your Relationships

How to Have The Perfect Phone Sex 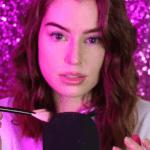 What is ASMR And the Goosebumps Effect 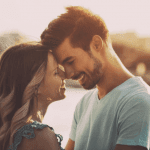